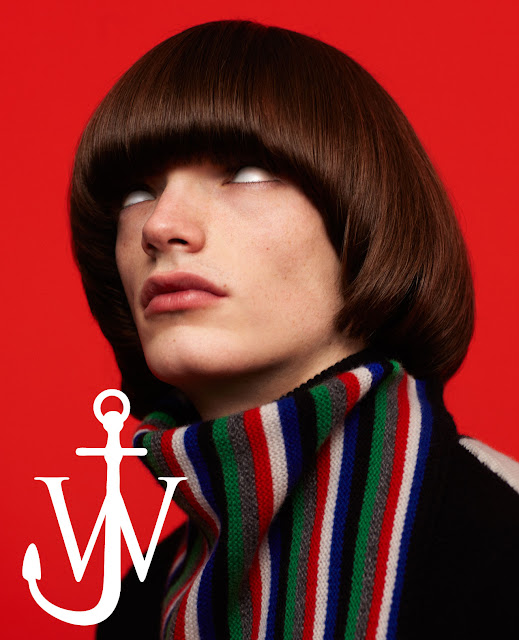 Now it's not often that I do this but I felt that this was something really worth mentioning.

With designers ready to take to the Milan catwalks in T-24 hours , it's hard to avoid the bombardment of anticipated previews and spectacular campaigns. Whilst everybody wets themselves over the arrival of Mulberry's Brighton Rock campaign, which I will admit is somewhat delicious, it has to be J W Anderson who's really caught my attention in one of the most unusual ways possible.

The bold graphic signature for which womenswear is reknowned has been effortlessly translated for the boys as can be seen in the AW12 offering. You could say it's just a smidge different to classic tuxedo combinations mentioned in my last postbut that's J W Anderson all over.

With a haircut to rival Davy Jones, it's hard not to take notice of this almost 60s inspired yet radically modern collection. And whilst I'll be the first to accept that a ankle skimming flares and quilted white bucket-like hats aren't for everyone, it's exciting to see such experimentation. Flares are well on their way to making a comeback in womenswear so who says the men aren't about to follow suit? I have a friend who will be over the moon to hear this news.

High necks and bold collars are there to inspire small changes for the Spring whilst the brown tracksuit is wrong but oh so right despite it's complete unwearability.


And no, I hadn't completely missed the eyes rolled back in the head. Is it a metaphorical nod to the collection's 'roll back' to the yester-years? Probably not, no, but it sure as hell gives a certain edge to the model's femininity and hold's your attention doesnt it. After all, we can't be looking too pretty can we? 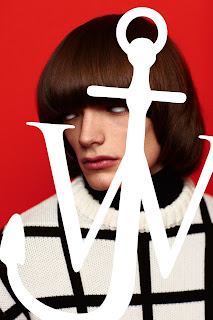 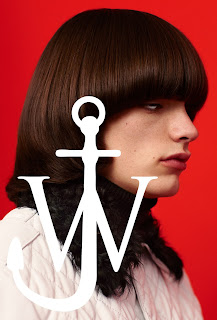 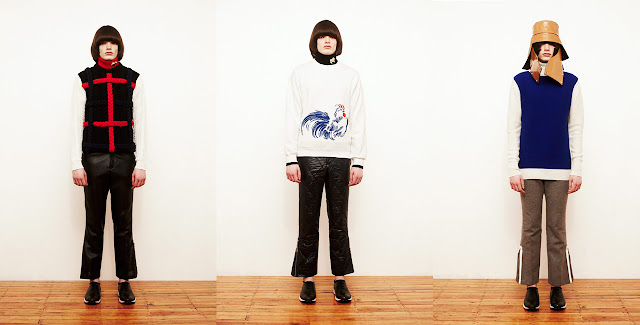 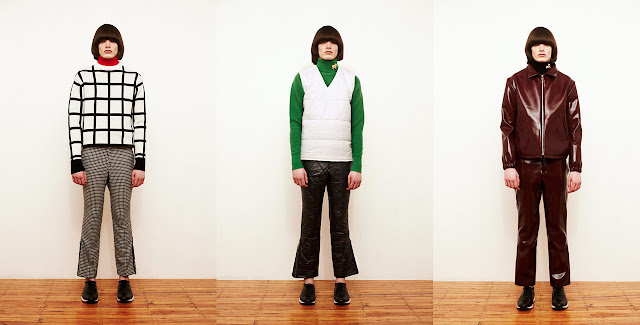