Have you ever experienced those bored moments in the early hours where, after sitting blurry eyed in front of the screen exploring the hidden depths of profiles and blog entries, you just do things for the sake of doing them?  We've all been there. In fact, I'm pretty sure 'facebook stalking' was invented around the 1am mark on a dull Thursday night.

It is exactly this that has lead me somewhat to becoming a 'yes man'. To explain, some of you may have had the misfortune of watching the 2008 Jim Carrey film in which a miserable man (who is supposedly sold to the audience as a slapstick-rib-tickling-comedy-genius, of course) challenges himself to say yes to everything. Well, I decided to do the same with consequences infinitely funnier than anything that happened  in those 104 long minutes.

I entered a facebook competition for amusement. A L'Oreal Casting Creme Gloss hairdye competition to be exact. The aim of the game is to create a faux advert, share it with your friends and get them to vote for you to be in an advert with one Miss Cheryl Cole. I didn't do anything you were supposed to past whacking a photograph into their program. As hilarious as I found it looking at my face on a hairdye box, it's always best to remember your friends aren't in on the joke and that, after a little sleep, it's not even funny nor ever was. Luckily I remembered this and proceeded to forget about it.

Turns out, strangers rather liked my face and voted me into the final 50 in the Redhead category. Let's all join together in a collective chuckle, shall we? But it was at that moment I became a 'yes man'. I actually redyed my hair and turned up with the other 49 redheads on 13th December for some of the funniest few hours of my life. I really dislike others doing my makeup and it seems noone can do my fringe as well as I can but who cares? I took a morning out to chat to hairdressers and makeup artists and have a good time.

Saying yes to things is good - a valuable life motto in fact. Being a cheesy git on camera, however, is not. I just can't do it. Being cheesy is abhorrent to me.

"Flick your hair"
- I can't, it's not long enough. It just wobbles.

"You receive a compliment from someone you really admire and you feel ellated, it really gives you a boost" - que a look akin to stubbing ones toe.

"Because I'm worth it"
- the most memorable sales pitch ever perhaps that I simply couldn't remember to say.

I also swore in front of the judges. On camera. And then flapped my arms.

So after strutting to music, doing the peek-a-boo stanceam I Worth It? Of course I am. Am I L'Oreal's definition of 'worth it'? No chance.
However, I'm looking to take this 'yes' attitude as a resolution for the new year. Except when being asked if I want another glass of wine when the answer will be no....just no. 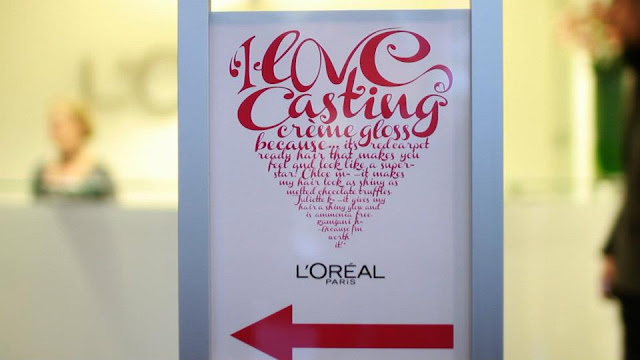 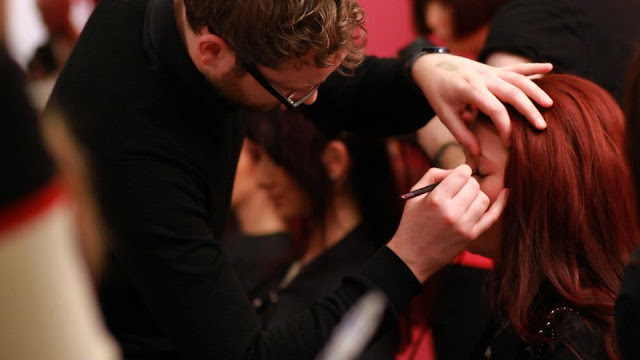 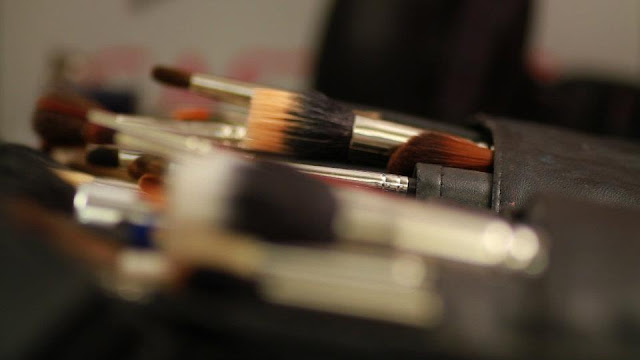 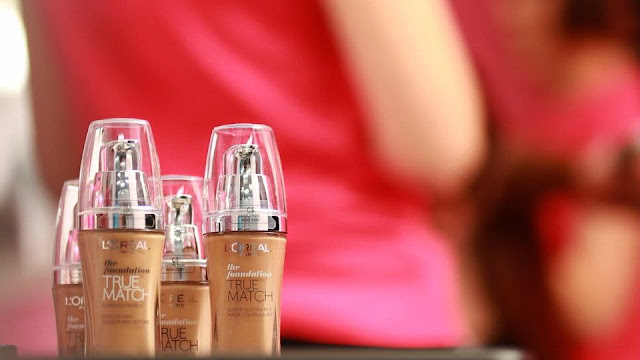 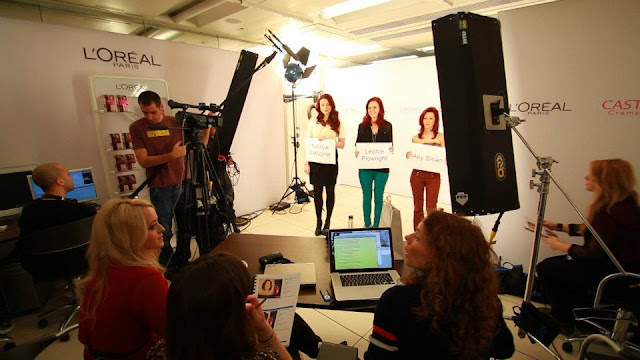 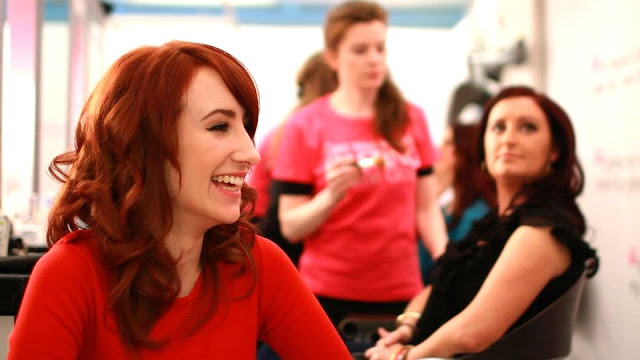 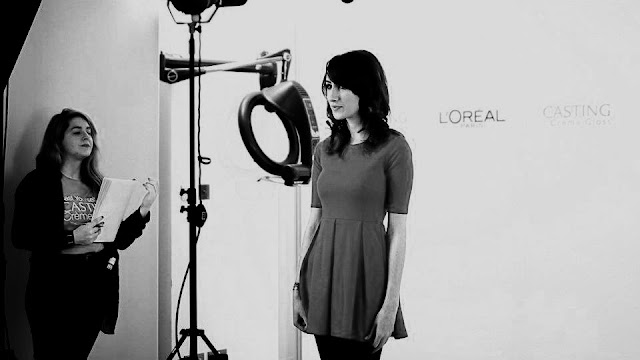 Until my next ridiculous escapade...
C. x