After catching the incredible SS12 collection back in September, there was no way I was missing out on the latest that my fellow sequin lover Ashish has to offer.

Mixing the sacred with the profrane, the collection also took into account what I can only describe as the most iconic  of images from 90’s acid rave culture. Jackets and trousers emblazoned with vibrant yellow smiley faces and hallucinogenic paisley prints adorned pieces ranging from pastel to fluorescent. The two inspirations are ying and yang, which is just as well as the symbol could also be found on glittering shorts accompanying platform Doc Marten style boots.

The designer’s move from home to London is apparent throughout the collection ensuring a more personal and well thought approach to the pieces.  It would be easy to ask where else Ashish could go with something as simple as a sequin but, as his transition from SS12 to AW12, I think we can expect great and equally original things in the future. 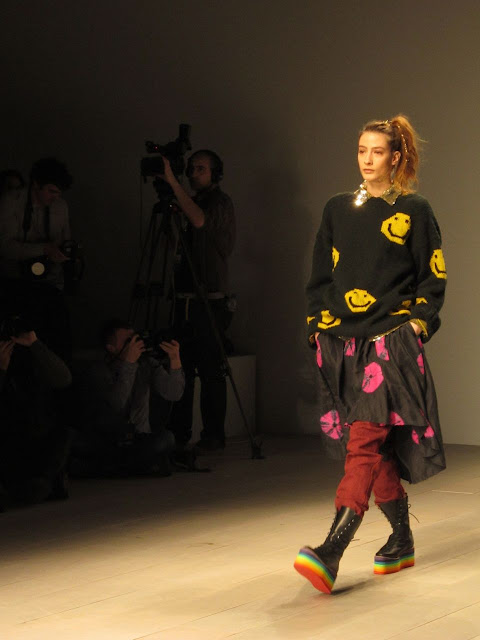 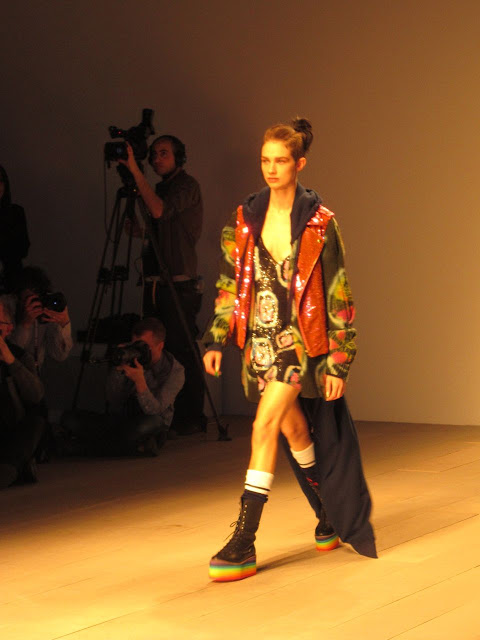 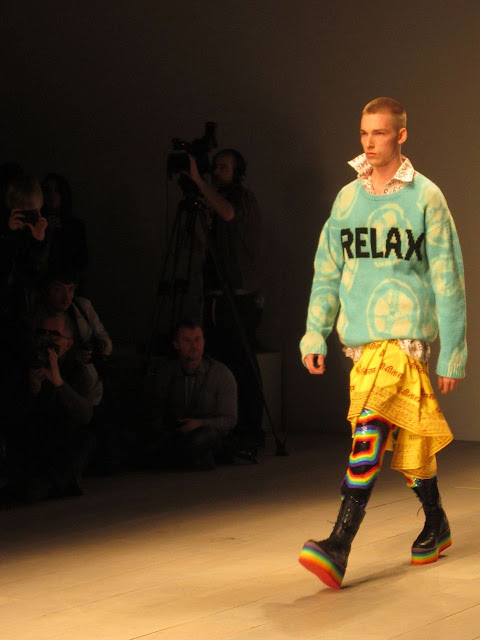 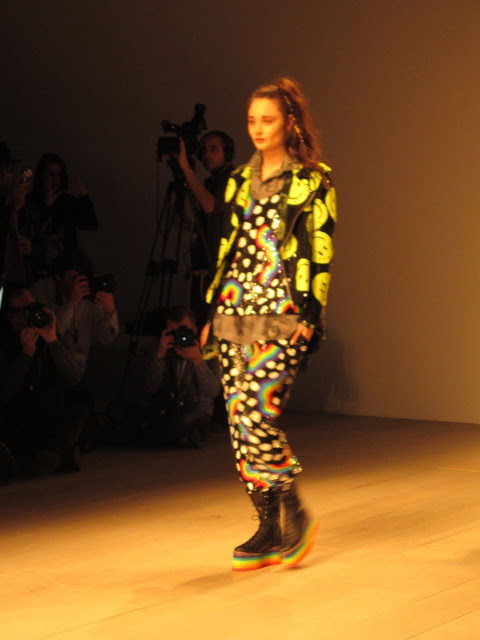 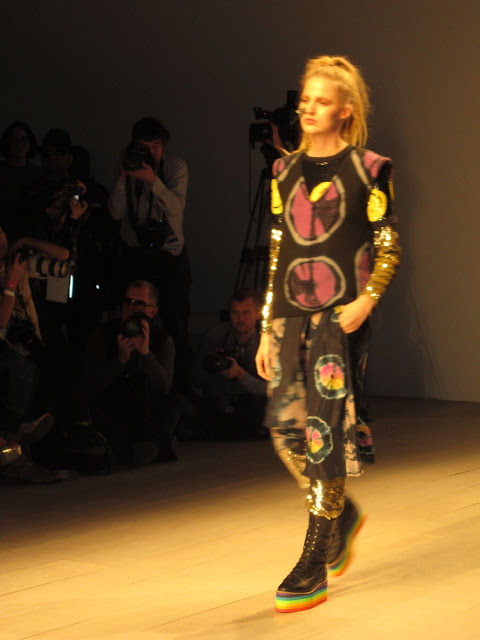 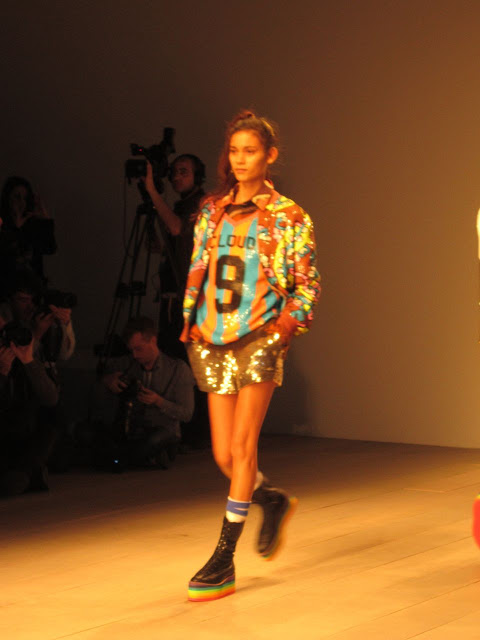 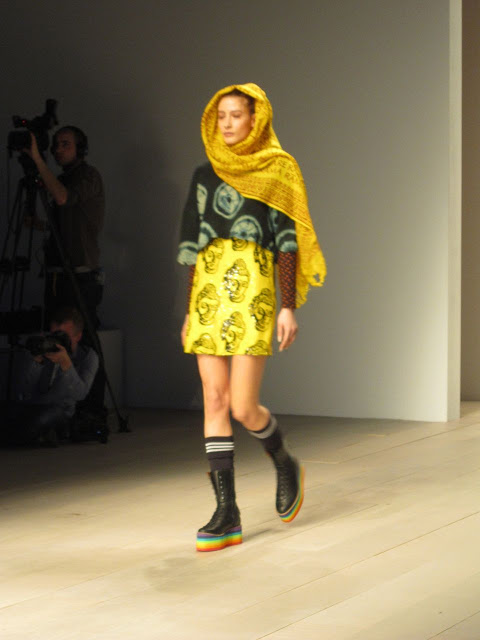 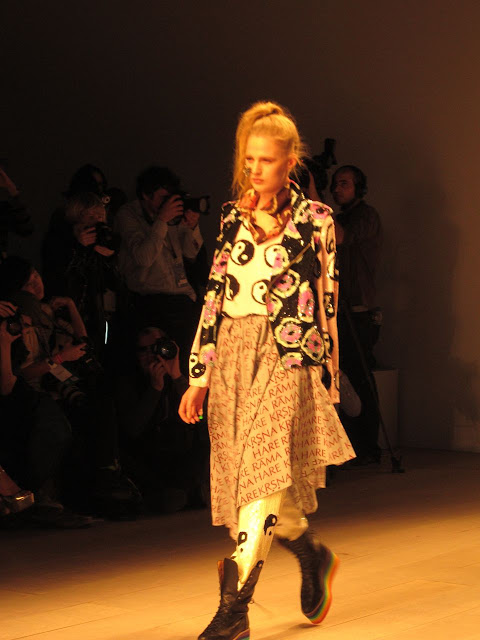 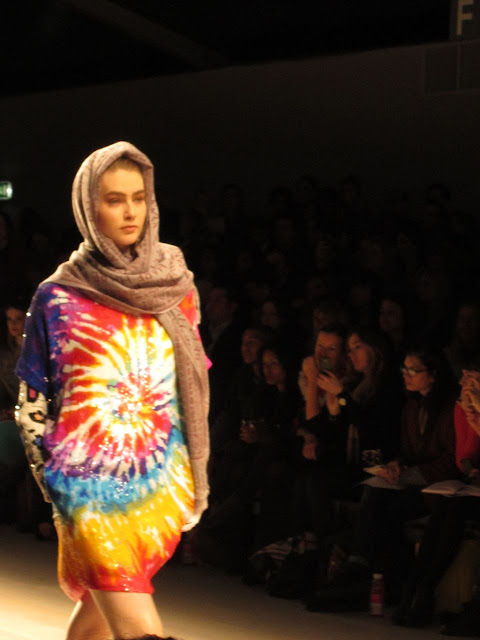 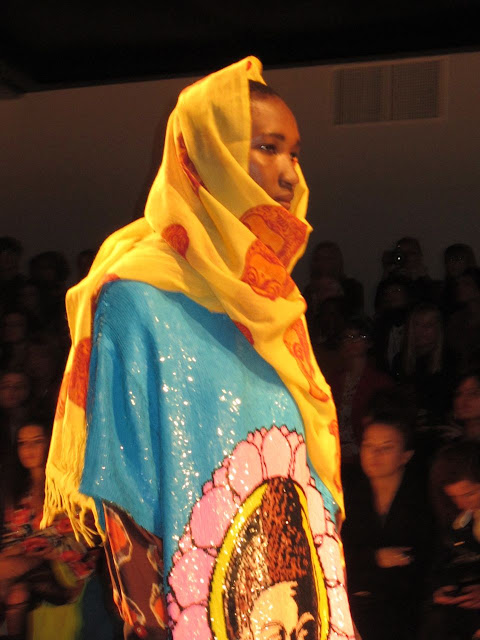 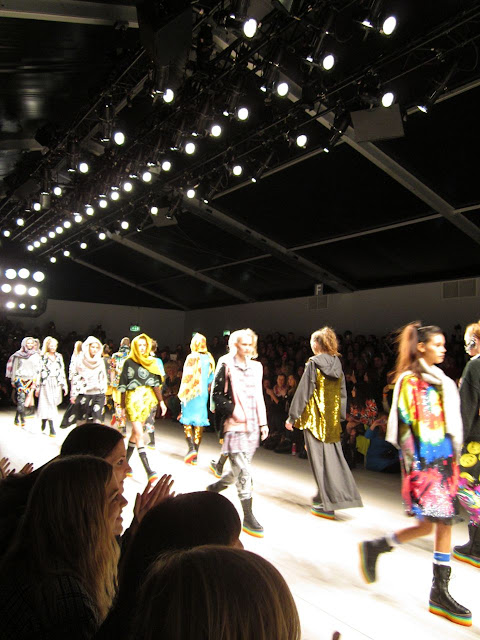 Keep your eyes peeled this week for an exclusive backstage interview with Ashish where he goes into detail about his inspirations and what's in the pipeline for 2012. Cheers for the chat, Ashish.