With London FashionWeek commencing in just a couple of days time, I will once again be part of the Who’s Jack fashion team down at the front line. However, we will not be alone. From the high-end editors to the fashion victims,  here is a rundown of the LFW stereotypes most likely to be encountered. As a disclaimer, I will add that this is just a bit of fun and is parodied on amusing people and events I, or team members, have encounted. 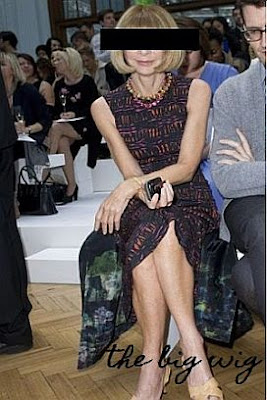 Characteristically clad in a pencil skirt and leaving the faintest whiff of Chanel No.5 and fear in their wake , behold and beware: The Big Wigs. Ever wondered who those stern and visibly unimpressed faces in the front row belong to? Wonder no longer for these are the media sovereigns that could make or break your entire journalistic career in the time it takes them to tweet “Fabulously chic bow detailing @ThakoonNY”. N.B.  Avoid all eye contact. 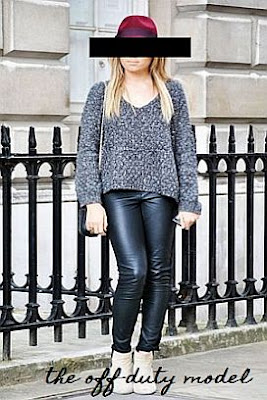 Whilst you’re still wiping the sleep from your eyes outside the entrance to the 9am show,  take a moment to acknowledge the small crowd of over eager photographers forming on the otherside. Once acknowledged, then proceed to weep at the sight of the Off Duty Model. Sporting a casual ensemble of leather leggings and slouchy knitwear, it can often be a distressing spot at such an early hours. Though these people may be unnervingly effortless in appearance, try  to resist the urge to run home and claw at your face. Instead, revel in the knowledge that their lovely beachy blonde hair may be cut off and dyed orange tomorrow for the sake of their art. Small comforts. 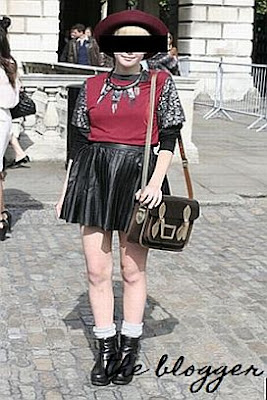 Sometimes immediately distinguishable by the business cards falling from their back pockets, if you don’t always recognise a blogger they’ll make damn sure that you know their Google Analytics figures within 13 seconds. These days, some bloggers are (deservedly) as known as the brands and figures they report back on. However, at Fashion Week, merely stepping foot in Somerset House gives other bloggers the idea that they are the queens of all media and that being made to stand at the rookies entrance in the rain is, quite frankly, an outrage. Don’t feel too bad for the poor dears though. Later on, as if by magic, you will also discover they somehow managed to smuggle a business card about your person without you even noticing. Sneaky, sneaky blogger. 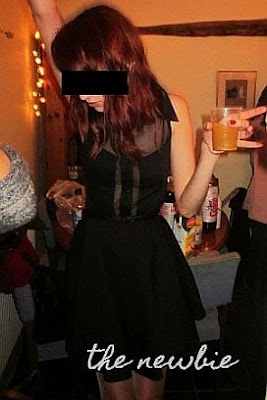 Bottom of the fashion food chain and the heaviest of fashion week drinkers, I hold a fond place for the newbie. Speaking from experience, the newbie is the individual that smiles in photographs and actually accepts the free absinthe shots at 11am in the Esthetica Exhibition.  Undeniably the most friendly and grateful for an actual seat, the Newbies are also the magpies of Fashion Week. First in line for the cheese and crackers, you can trust the Newbie to be the first to spot a free computer or piece of sushi. Whether they be the budding photographer lugging their equipment with them every step of the way or the just-starting-out journo, don’t, under any condition, underestimate the newbie. After all, you never know who they’re going to turn into in a couple of years time. 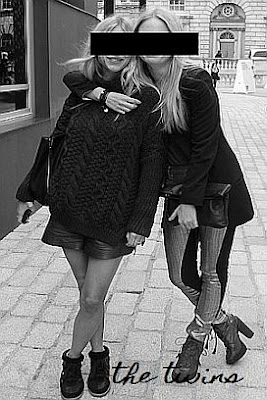 Pale, blonde and dressed entirely in black, they are the enigma of the week. Despite being London’s answer to the Fanning sisters, nobody knows who they are or where they came from. Are they twins? Are they related at all? Are they even...real? 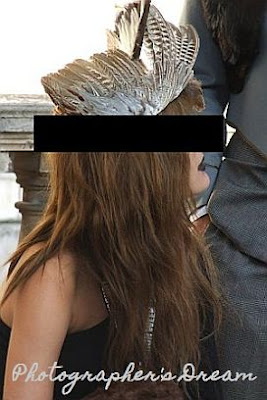 The easiest of the stereotypes by far: the street style photo seekers. Whether it’s the stuffed black birds on their head that grabs your attention or the fact that they’re strutting around in a ball gown and walking 6 small Pomeranians, there is little you can do to avoid them. Whilst it can be said that men dressed as African Queens make the photographer’s job that little bit easier, other than that they usually serve no real purpose. Never spotted in the press area, it tends to suggest their day is dedicated to parading the square in bin bag hot pants and Lucite platforms as opposed to doing any real work.  Every day is a photo opportunity for these people and after a few hours, it really does get very tiring attempting to find actual style amongst the throngs of weknowwhatyoudidlastnight.com outtakes. 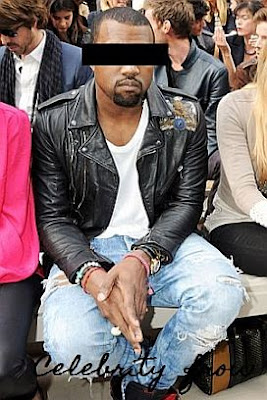 Apparently in possession of Bernard’s watch, this formidable FROW trio are somehow at every show on and off schedule.  Whilst people obsess over the maxi skirt Olivia is wearing and the width of Alexa’s arms, watch out for Kanye in particular.  He has been known to stare whilst you eat fererro rochers and, as a result, make you feel very uncomfortable...

I'll be posting every day from Friday to Thursday as well as on the Who's Jack website.  Fingers crossed for no twisted ankles on the cobbles.