Faster Pussycat: The B Team

Ever been to a party with Pin up bombshells, creatures from the deep, 50’s screen sirens and rockabilly robots? Throw in Teen Wolf, a murdered prom queen and a human sized eyeball and you’ve pretty such sussed The B Movie Ball.

A celebration of the low budget commercial films from the Golden Age of Hollywood, the B Movie covered the less-publicized half of the double feature. Low budget sci-fi and surreal horror were the 50’s B staples and the undisputed theme-du-jour for the B movie Ball in the Old Vic Tunnels. 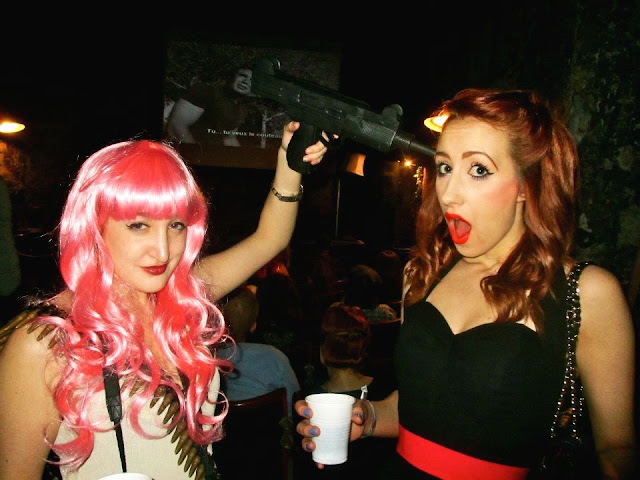 With a measly budget and time constraints, I was confined to merely exploring the 50’s siren this time around whilst my lovely Maya draped herself in bullets and pink hair to go as an intergalactic space babe. As you do. London being London, the sound effects machine gun she brought with her didn’t make the best of first impressions. However, a true space babe needs her gun (apparently) and this point was thoroughly argued on the door. Sound effects included. 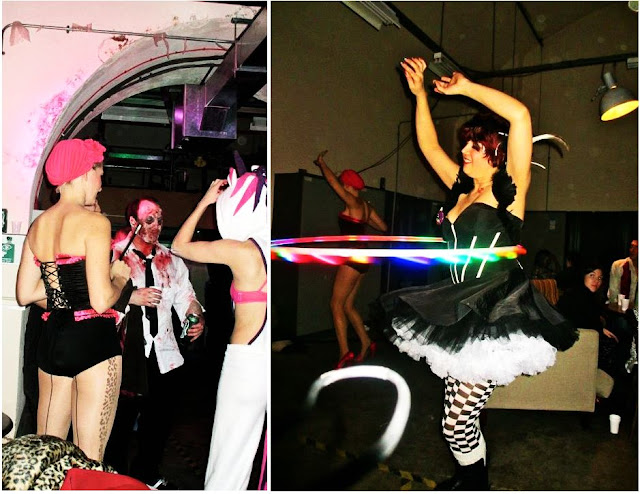 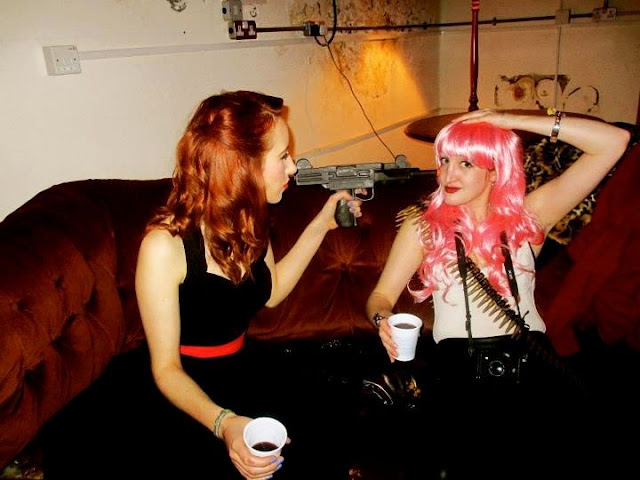 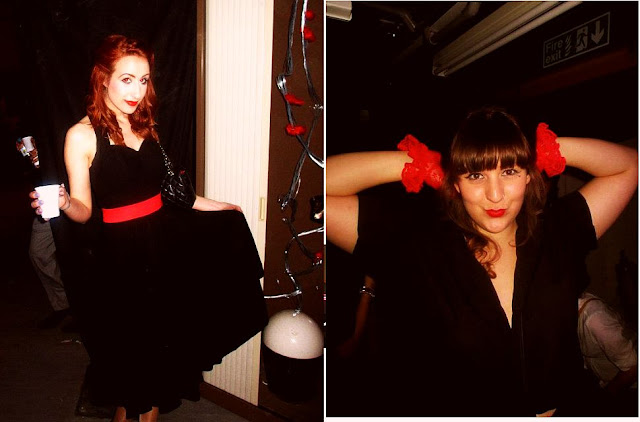 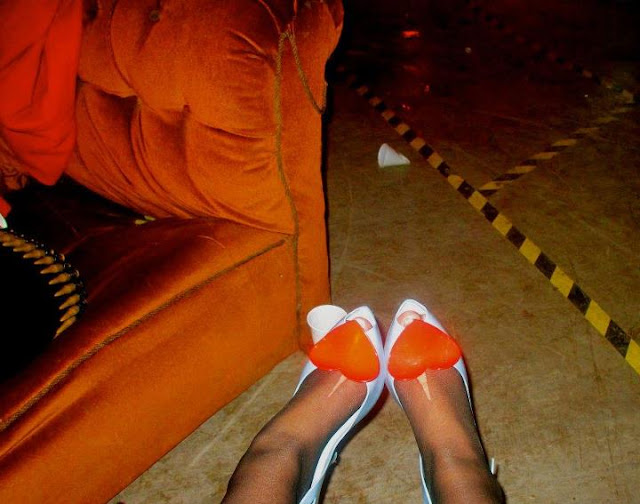 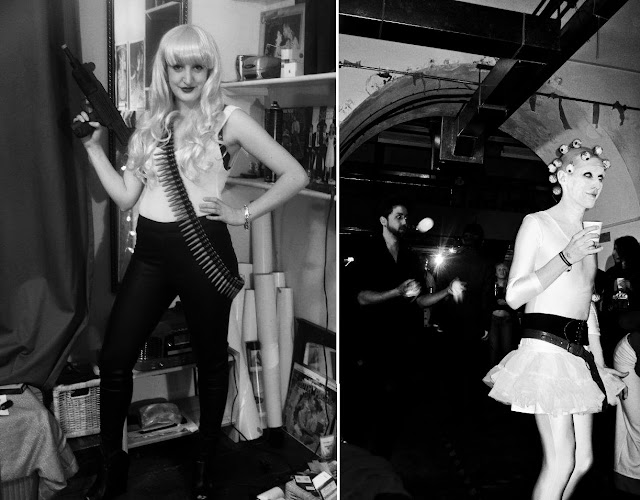 With a band who’s biggest influence HAD to have been Saturday Night by The Misfits, interspersed with Buddy Holly and the like, it was the trendiest bunch of nerds and geeks I’d ever been surrounded with. Being cool wasn’t the main priority; this wasn’t a ball – it was a convention. And perhaps there is something to be learned from these B Movie enthusiasts? 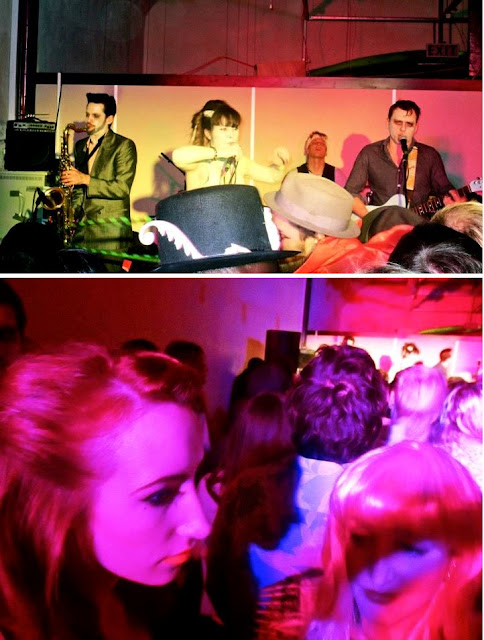 Whilst leaning against the wall to the room in which Faster Pussycat, Kill Kill! was playing, moaning about our heels, a young gentleman reminded us to put things in perspective:

Ladies! It could be worse! There could be zombies eating your brains!