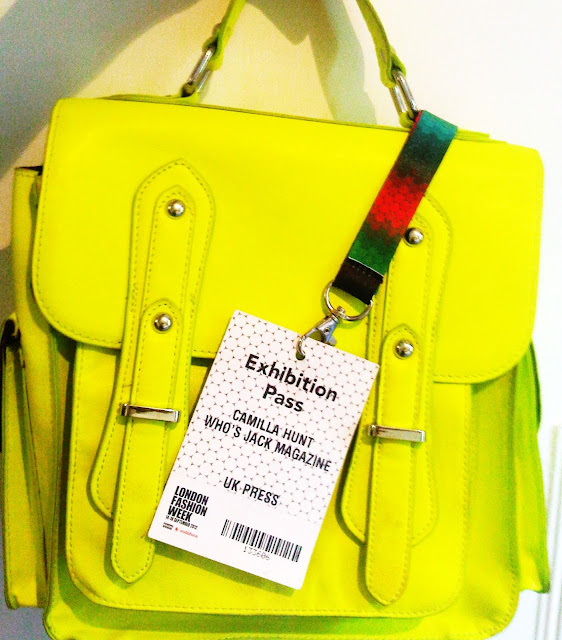 Back for a third season with a team I honestly love, I couldn't be more thrilled to be back at Somerset House. From the atmosphere to the outfits to, of course, the show, Fashion Week is where the tiniest ideas come into fruition, where a single printed dress or entire collection hits you like a bolt of lightning. What started as a dot in a designer's mind is presented to masses, dictating what the world will be wearing in months to come whether the public are aware of it or not.

So who has been and is still to come? It is pretty dynamic schedule wise. There are the usual celebrity hot spots; Burberry, Moschino Cheap and Chic and Vivienne Westwood all showing alongside new talent such as Marque’ Almeida and Fydor Golan who, Faye assures me, is the new Meadham Kirschoff. As usual, Who's Jack is mostly about the younger designers and emerging talents but we are lucky to attend House of Holland this season along with DAKS, Ashish, Louise Gray amongst other bigger names.

Off to explosive start, my day began a flurry of streetstyle photographers eager to snap the 1960's cape I had 'borrowed' from my mother's wardrobe. When I slump into work at just before 9am each morning, the outfits though nice to look at, aren't quite what I wear to LFW. Fashion week is an experiment, an opportunity to fancy dress and let my imagination run wild without fear of judgement. I can go full throttle with an idea and someone out there will relate to it and approve. Of course, getting the train back to Peckham Rye bursts this bubble with a monstrous pop but it's all very much worth it. It's a place to perhaps inspire and definitely be inspired. 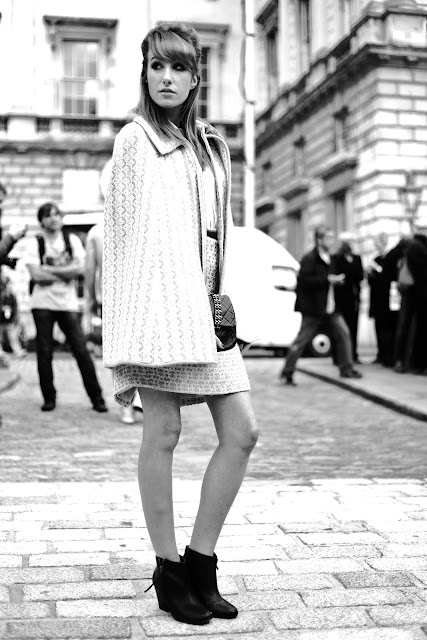 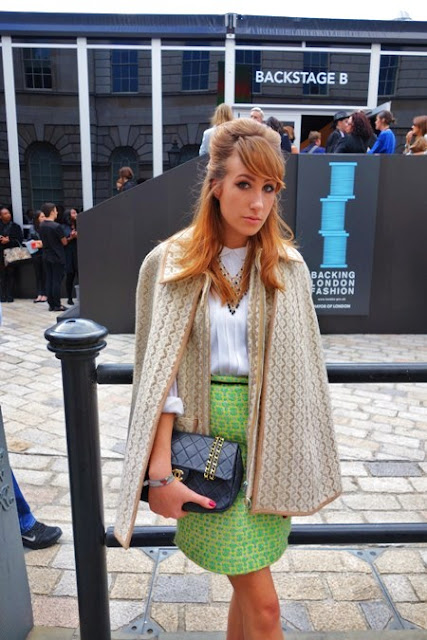 So without much further ado....
Posted by littlemyth at 05:36