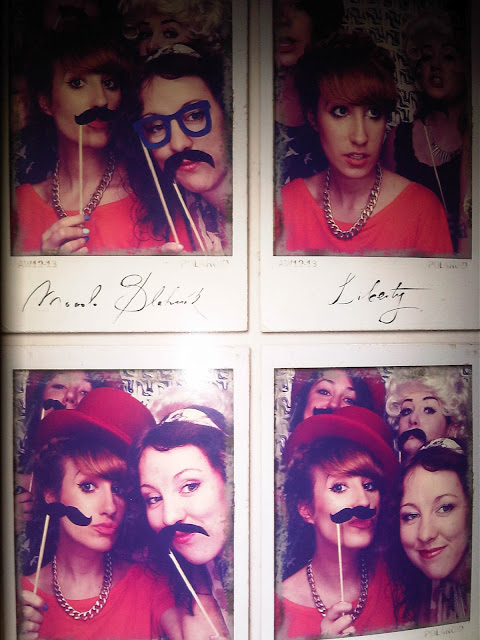 Vogue Fashion's Night Out: Liberty Manolo Blanik Photobooth
So, you could say I’ve been absent for a while.

There are a multitude of reasons for this, starting with a new job. Hurrah! Progress in the industry, I think that’s a pretty good excuse for a lack of updates. As of May, I officially stopped work as an Intern, my last position with Monsoon, and landed a role at New Look, the high street brand, as a Fashion Copywriter. Writing is now my living and after 9-5.30 of that, come evening I’d frankly had enough.

I’d been put off blogging for a while too by a curious incident whilst drunk where upon someone declared the whole lot of it pretentious. Yeah, drunk people are great. Lucky for me, it was just the one but that’s really all you need. A little sensitive of me perhaps but either way, I laid the blog to rest for a while instead focussing on my new found copywriting job and my styling assistance whilst keeping my head firmly down as not to offend.

But now, as you cannot fail to have noticed, London FashionWeek has come around and I’m back with the Who’s Jack team down on the front line. And if I can’t share that on a personal level, why bother?

So I’m back – as  pretentious, obsessed and vain as ever. If you don’t like pictures of models in interesting prints, don’t look. If you don’t like updates on bizarre events with Medieval twists, then don’t stop by. And if you couldn’t give a crap about me twittering away about the way a designer uses layered organza to contrast a feminine frame against bold structures... then this probably isn’t for you.

Looks like I have got some catching up to do.