With ticket holders queuing around the spiral staircase in their hoards, there was an undeniable buzz about the building for the SS12 presentation in Somerset House.

The intimate surroundings of Craig Lawrence’s salon show, attended by many proud friends and family members of the designer, made for an intense atmosphere as several forcible hushes for silence were only broken by the sporadic clicking of a camera shutter. Having acquired the renowned brand Swarovski as his season sponsor, curiosity and expectations were high despite the humble space allocated.
Apparently inspired by “vajazzling” (Well, he is from the area after all), each garment was intricately created using yarns woven with small and fragile crystals to create a subtle shimmer under the dazzling Portico Room ceiling lights. His palette remained delicate and neutral throughout as the collection used soft gold tones with a blush hue adding depth to the crochet. His techniques ranged from creations made using a single thread for a softer finish to a lace-hole technique allowing the drapes and folds to fall in an effortlessly feminine manner.

Looking down, the models possessed metallic leggings reflecting the flashes of light like the scales on a fish’s back whilst stunning, structured headpieces from Steven Doherty finished the look with head dresses caught part way between an Amish bonnet and a halo, pulling strands of hair through to create an almost ethereal visage. 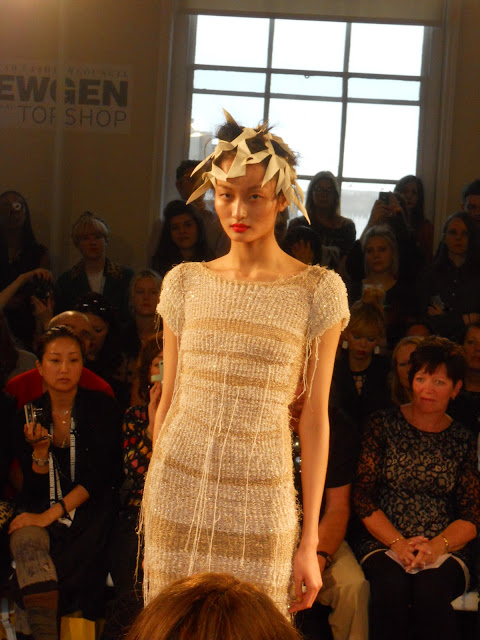 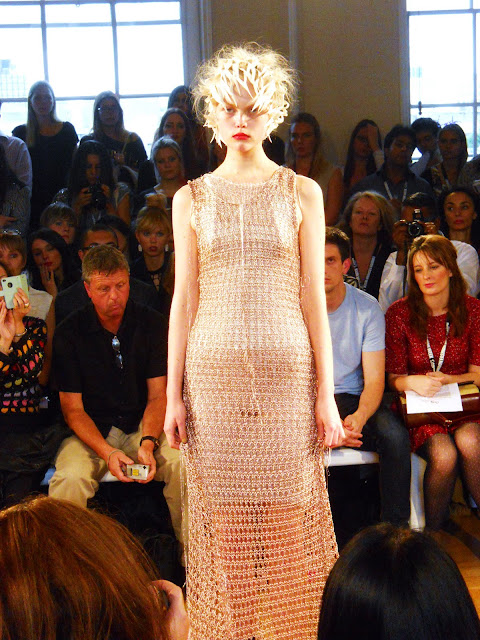 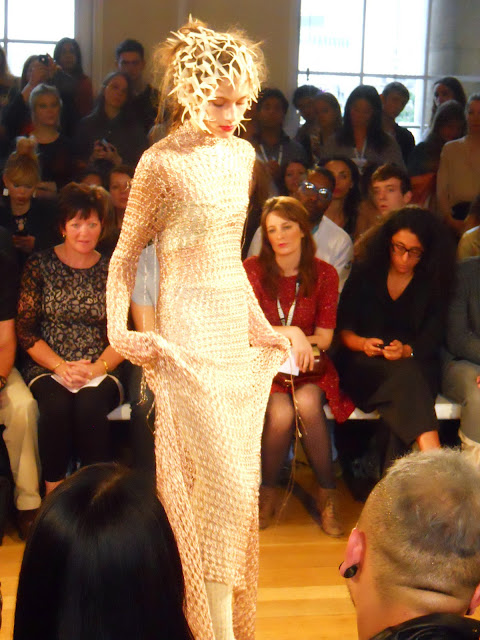 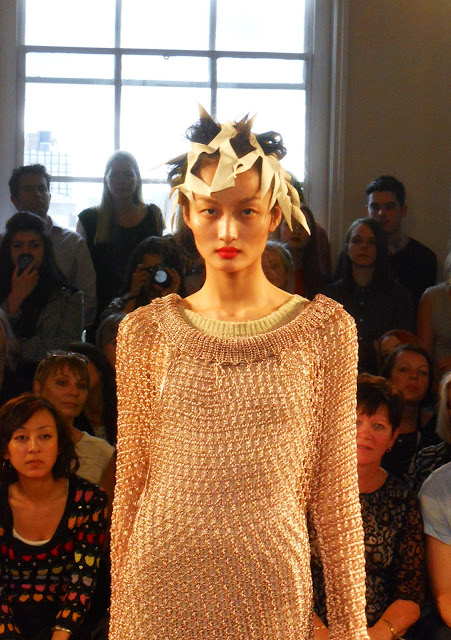 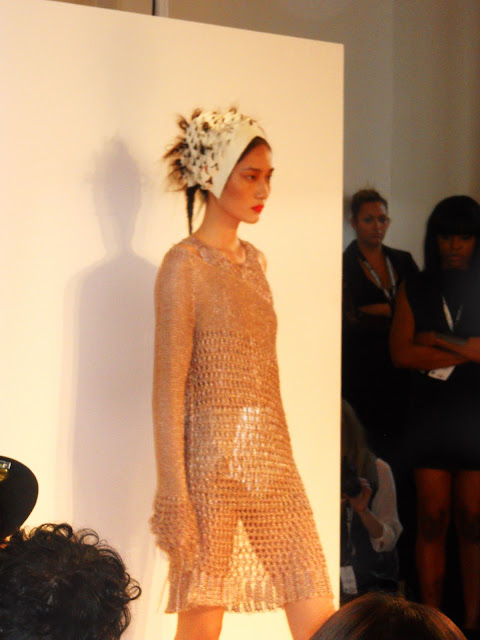 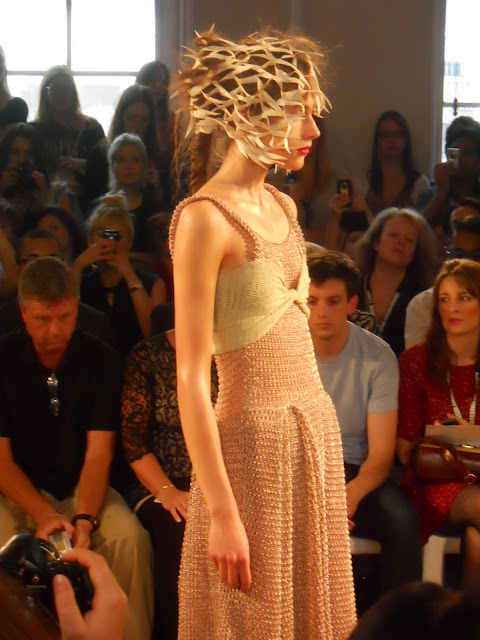