London Fashion Week has arrived and is already off to an unusual start. From the women galavanting with stuffed birds carefully poised on the tops of their heads to the numerous brightly coloured dip dyes, it's a mixed crowd by any stretch of the imagination. And, this morning, as we stood outside Somerset House, the epicentre of fashion for the next few days, we were approached by a 72 year old woman muttering beneath her breath. What could this seemingly innocent well to do Grannie want with us? Well it’s funny you should ask as she wanted quite a lot as it happens. Giving us the once over with her curious eye, her gaze landed upon my wet look leggings much to her disgust:
“London Fashion Week? Is that what they’re calling fashion these days?”

Ah. I see where this is going. However, her tirade did not end with my faux leather bottom halves as she had a few pointers for all in attendance declaring every woman in the surrounding area a “dirty, mucky tramp”. From a elderly woman dressed head to toe in tweed, one would not normally expect such obscenities but this is fashion week after all and anything could happen.

“Topshop stinks! Primark Stinks!” she continued as we looked on in shock and amusement. High street favourites they may be but in her humble and modest opinion, these figureheads in budget fashion have left London is a state of disarray as we apparently drape ourselves in rags and garments more suited to a lady of the night.

As she began to settle and walk away, she made sure to leave us with her final word on those mingling in the courtyard:

Well, it wasn’t completely sensical but she had well and truly made her point. And with her mission completed, she went on her way to harrass a man about his unsatisfactory briefcase. However, after a shaky start  and some free pastries and compote, it was onto the shows starting with Caroline Charles.
After queueing in the baking sun for half an hour amongst some of the most eclectically dressed men and women I’d seen all day, it seemed unlikely that we were all waiting in line to see the same designer. After 47 years in the industry, Caroline Charles is no stranger to London Fashion Week but her collection of feminine prints and ladylike two pieces show that she’s no sucker for passing fads as she channels a look that wouldn’t have been out of place fifty years ago. 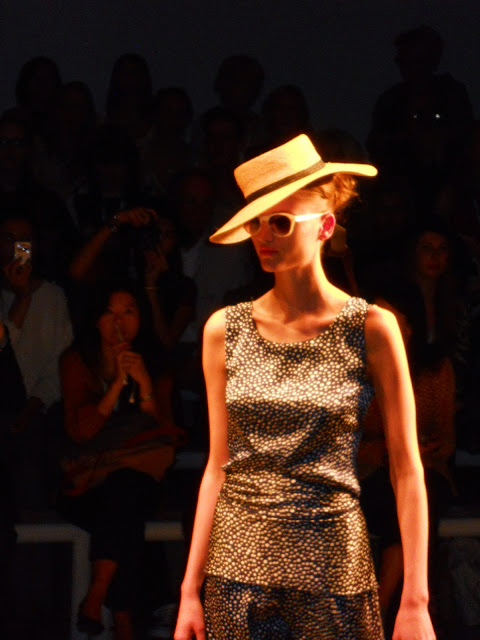 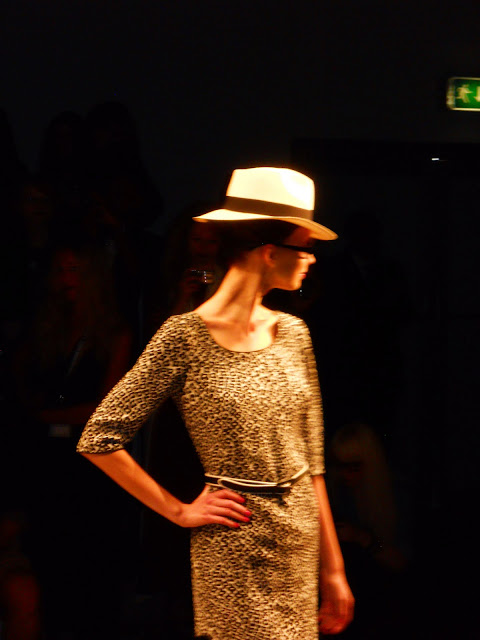 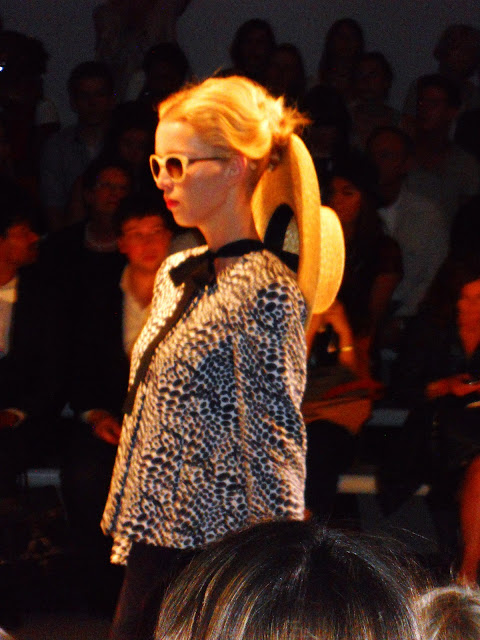 As one model follows another, each is clad in feline framed sunglasses adding an air of old style glamour to their otherwise prim and proper attire. Demure midi skirts and slim line shapes dominated the walk, accessorised with playful straw boaters to lift the outfits into Spring/Summer. The overall look is grown up sophistication whether it be the floaty summer dress in the blue and white print akin to a willow patterned china plate or an evening black lace maxi skirt accompanied by a cropped top with bead embellishment. However, it has to be said that the similarities between her SS12 and SS11 collection are uncanny but then again if it’s not broken then why fix it? 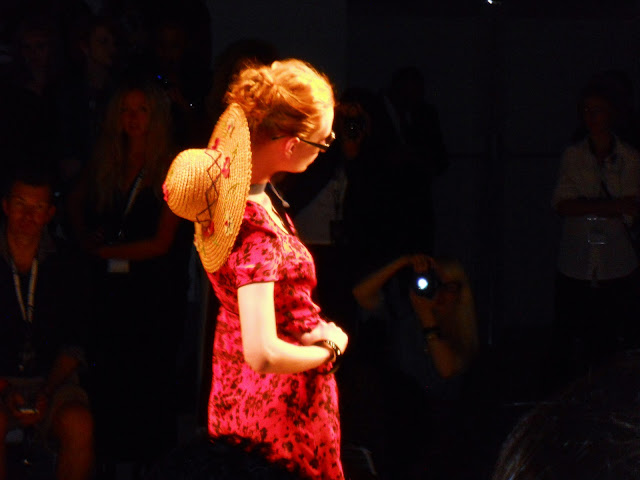 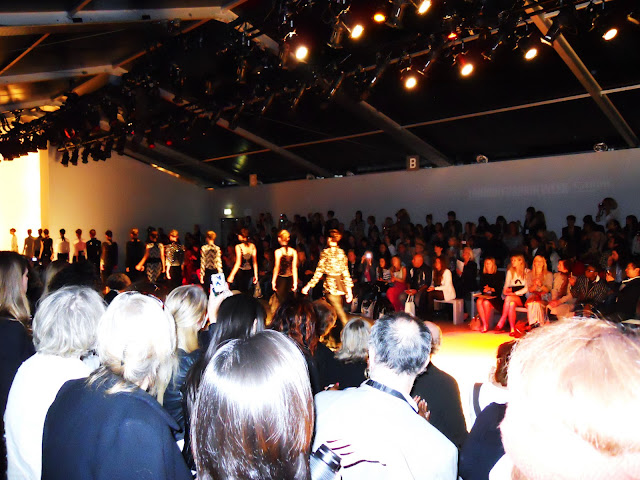 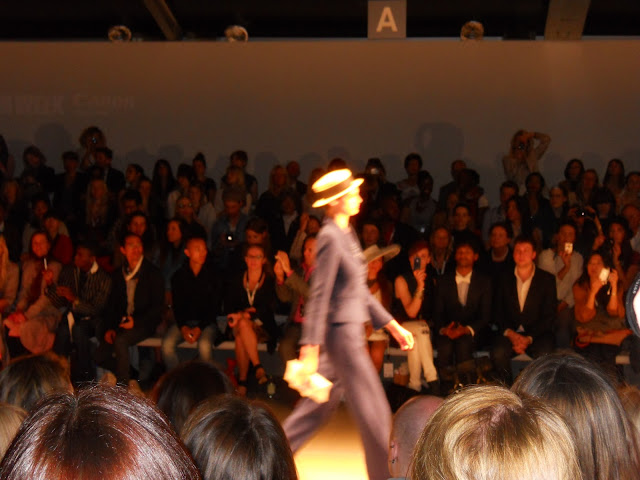 Until next time...
Head over to Who's Jack Magazine for more coverage
Posted by littlemyth at 05:22