Sigh. Another glass of champagne? Oh go on then, I thought, as I began to wander the newest exhibition in Somerset House. The turn around was astounding as a whole host of menswear stood where only yesterday an array of  white canvas female mannequins showed their wares. Of course, my natural interest lies in womens fashion yet somehow there is something so interesting about the menswear on offer, almost as if they have less to work with and, therefore, try that much harder to create something unique. From obscure influences to tweaking the old style classics, Menswear had well and truly arrived so I thought it was only fair I shared a few of my favourites. 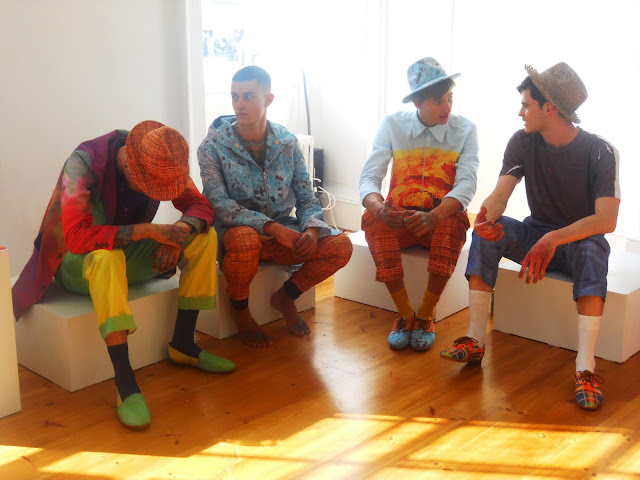 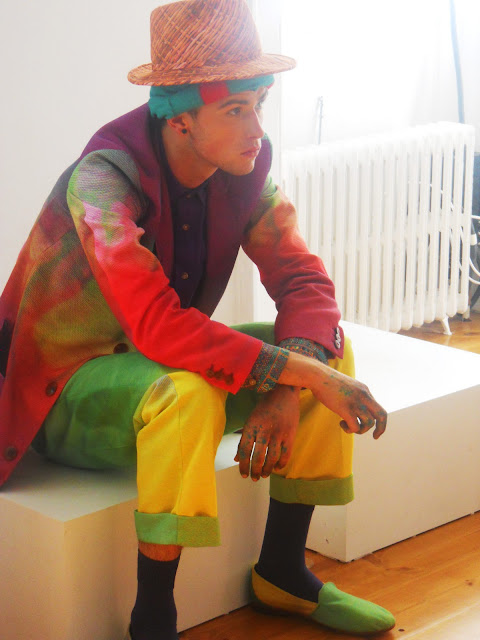 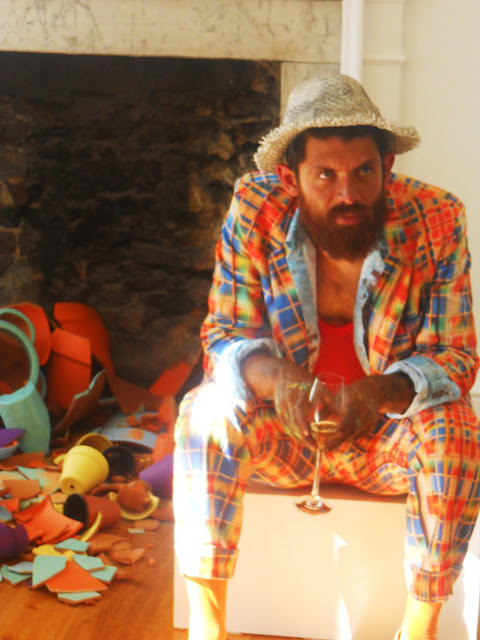 Describing their ideal customer as Ace Ventura, Pet Detective, the first collection Jack comes across is Agi & Sam with their  vibrant clash of Hawaiian Castaway brights. Positioned amongst the debris of broken clay pots, the rugged models chat amongst themselves as the spectators gaze at their typically summer straw hats and primary patchwork prints.


Speaking to London Fashion Week, the designer duo describe their style as “a strong emphasis on entirely bespoke print and humour, we believe that fashion should never been taken too seriously. We also endeavour to sit firmly in the middle of brands that fear creating something different and those which push collections too far.”


This collection is  undoubtedly fun and laidback, adding a touch of glamour to the washed up! 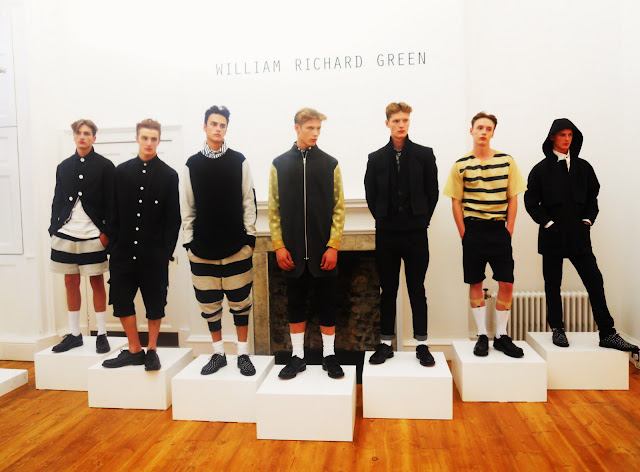 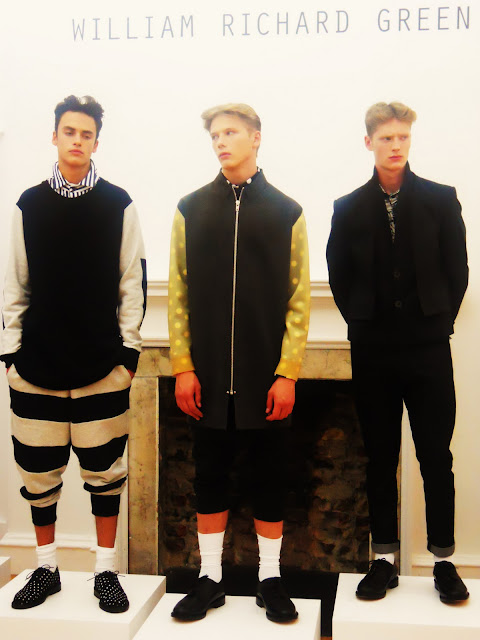 For his SS12 collection, ‘I hope I die soon’, William Richard Green puts the spotlight on negativity for the labels darkest collection to date. With influences including a fascination with the paradox of suicide and the irony of the Church’s response to it, Green presents an unapologetic respresentation of Pop Culture’s most glamorised way out.


Silk shirts and vests depicting post-suicide characters in their purgatory  establishes what the brand refers to a “gallows humour” whilst clichéd depictions, such as a photograph of a weeping girl, is featured on a stark white tshirt hinting at modern society’s common interpretation.


Each piece is lined with a trademark green polka dot material, produced in Great Britain with mainly British fabric. A simple thread of consistency for some, the brand provides the tagline “Just because the boy looks poor and suicidal doesn’t mean he can’t buy into the morals of a good British heritage brand”.


A fascination with the paradox it may be, but for some, could this collection simply be a brand drawing upon convroversy as a selling point? Adding humour  to such a dark topic may seek to address the Modern day contradictory attitudes towards taking ones life, but they too run the risk of glamorising the act in the same way they judge pop culture for the doing the same.


Regardless of this, individual pieces  such a an undyed rubber tshirt with contrasting black stripes alluding to classic convict attire evokes idea’s of Purgatory as God’s own prison making the though process behind each garment intelligent and unique. 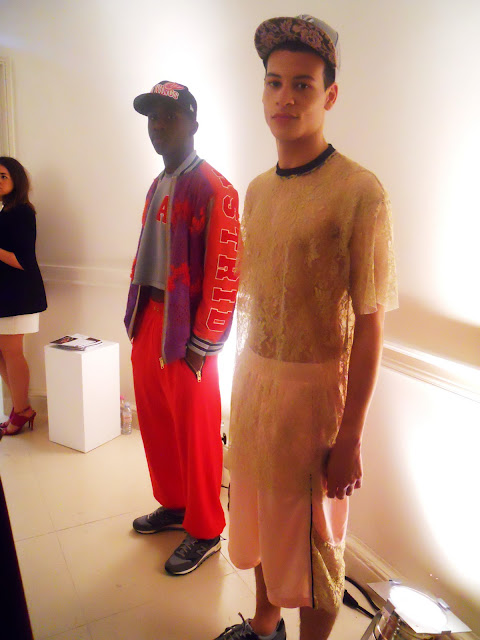 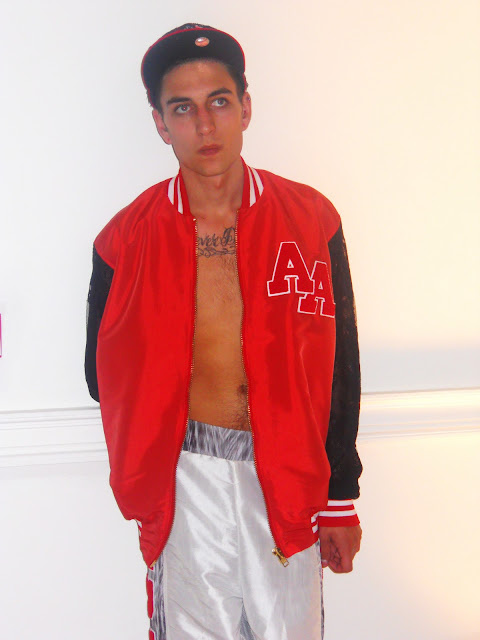 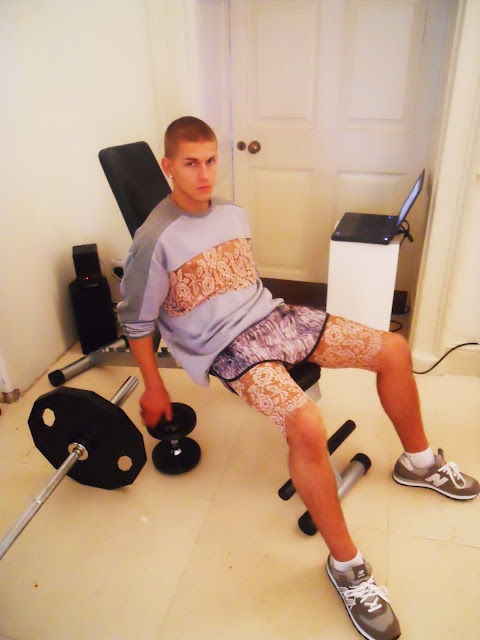 Astrid Andersen’s SS12 collection, mixing feminine rose lace with masculine sportswear in a weight room setting, had us Jack girls hooked from first glance. Graduating from The Royal College of Art in 2010, Andersen went on the win the Brioni Creativity and Innovation Award and the River Island MA Student Bursary Award designing 3 looks for the high street retailer. Her looks are urban and contemporary; unafraid of introducing feminine undertones to classically male sportswear. Styled with street New Era caps, panels of ochre and blush lace feature on tees and baseball jackets whilst tracksuits take a vibrant and casual approach in purples and reds to add a brave twist to lounge wear.