Disclaimer: All pictures are my own and to be creditted if re-used

Dubbed the greenest rising star at A/W11 fashion week back in February, eco warrior Ada Zanditon is back once again to impress with her signature geometrically sculptured and innovative designs.
Studying at the London College of Fashion and previously working for Gareth Pugh, Jonathan Saunders and Alexander McQueen, Zanditon has all the fashion credentials to impress even the most purist of audiences. In an industry where ethical clothing can often hold bland connotations, Ada revolutionises the term to create dynamic designs embodying the most unusual of inspirations.

In an unexpected twist, the show begins in the queue as two out-of-this-world inspired models parade the corridor. An amalgamation of monochrome curves and spherical layers, the two girls glide past onlookers sporting flushes of almost alien metallics to compliment the cosmic, double-layered crown poised on their heads at precarious angles. They're a vision of surrealist calm amongst the hustle of press going in and out of doors, stopping in confusion at the ethereal creatures passing them by.

Previously revealing her SS12 influences as “Seahorses, Greek goddesses and Haiti Kanaval.”, the seemingly abstract become all the more clear as Ada unleashes a screening of a film inspired by her collection, “Poseisus”. Created in collaboration with film makers Andrew and William Ho, the film depicts the heroine, Poseisus, transposed through the urban landscape. Moving from flashes of monochrome, the maiden explores the vibrant urban ocean as her elegant movements and sinuous sheer fabrics reflect the ebb and flow of the tide.
Transposing from citrus oranges to piercing blues, pinks and purples, the striking, other worldly visage as seen on the physical models just prior to the show adds a touch of elegant mythicality to focal character. Simply put, I am in love. The film captured the attention within an instant and held the audience, and myself, captivated until the last frame.

Short but sweet, Ada’s collection most definitely did not disappoint. 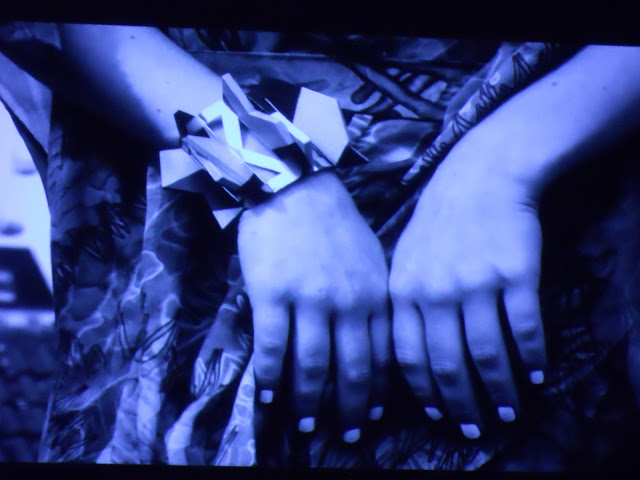 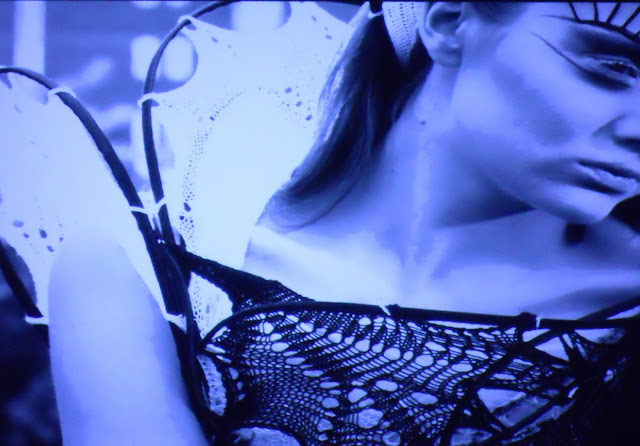 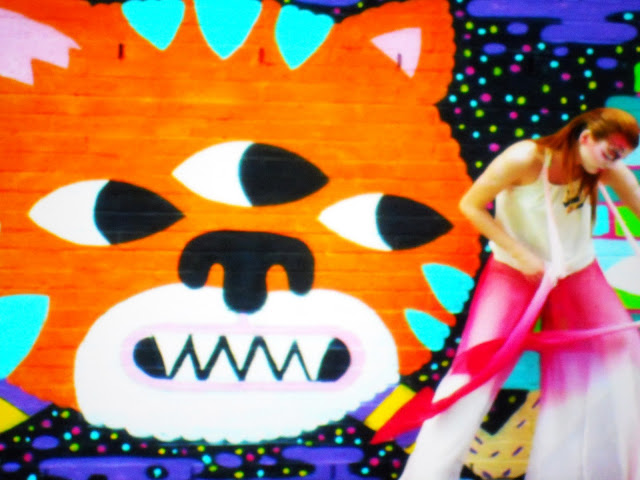 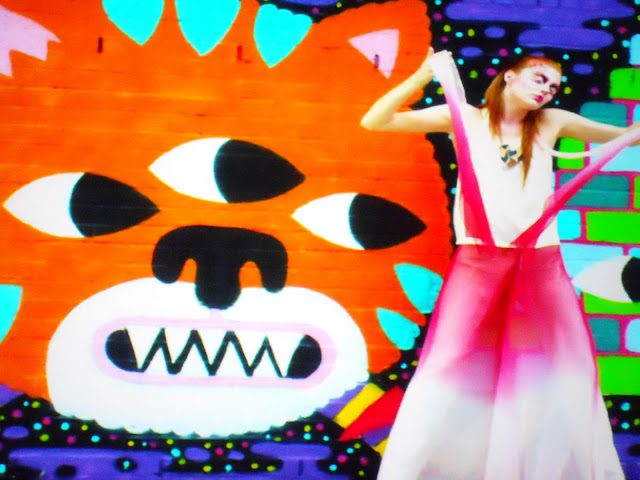 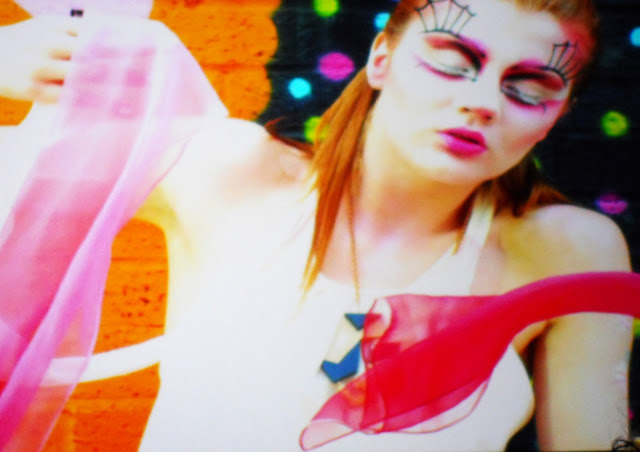 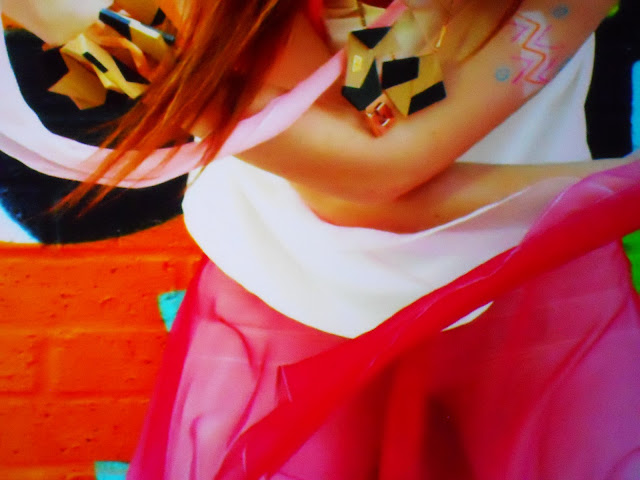 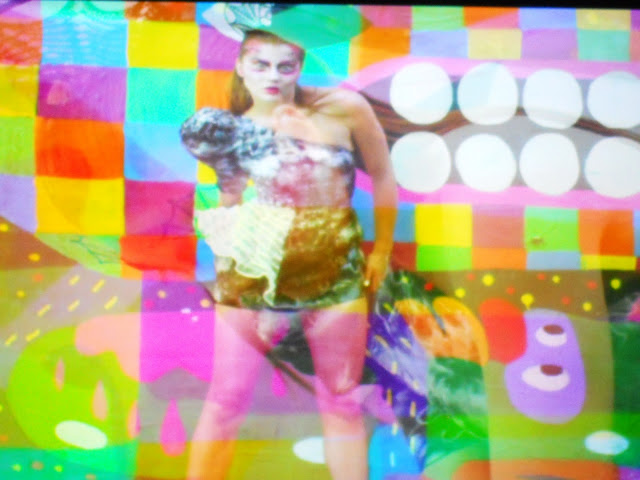 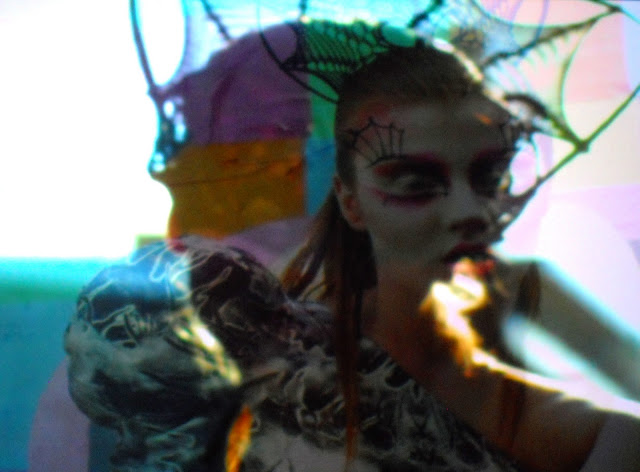 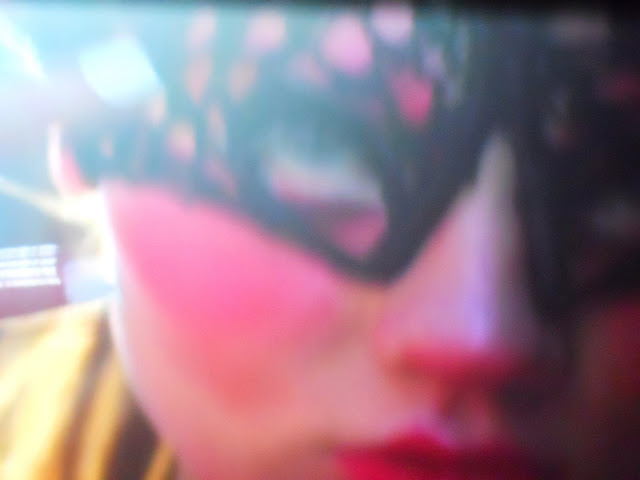 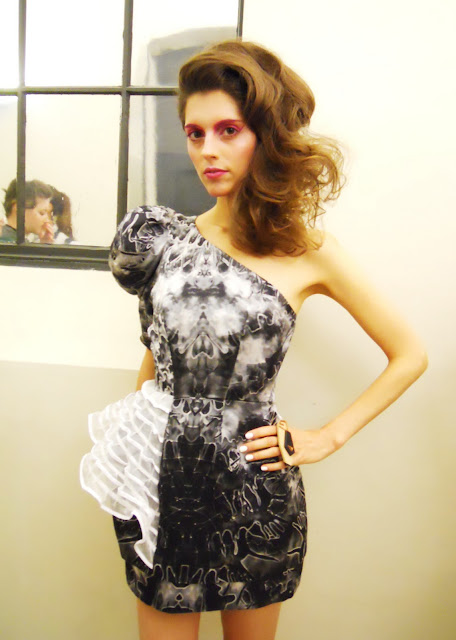