As the queue snakes down the stairs and along the corridor, I have to say I was rather pleased to be near the front of the line to catch a glimpse at the NEWGEN Men's sponsorship winners New Power Studio as they present their inspired SS12 installation.
Since 1993, NEWGEN has provided an internationally recognisable programme that seeks to scout and identify the brightest new talents before offering them the invaluable sponsorship necessary to crack the London scene.  With the scheme’s previous success leading it to become a key draw for the international fashion media and having supported such names as Alexander McQueen, Mary Katrantzou and Meadham Kirchhoff in the past, it seemed only a matter of time before it branched out. And branch out it did as in 2009 a younger project was started – Newgen Men –  which is supported by Topman and has recognised emerging menswear designers to provide similar support.

This year’s presentation winners, New Power Studio, took to the Portico Rooms at Somerset House to showcase their SS12 and truly couldn’t have done it anywhere else. Fundamentally site-secific, the SS12 menswear installations drew inspiration from the history of the house itself using its previous use as a registration office for births, deaths and marriages to full effect.
The Portico Rooms, a function room for the best part, for one night was turned into a ‘dysfunction’ room in which, by way of three individual real life installations, the chaos and absurdity of family life was explored. Lit under greens, reds and blues, three sets made entirely of paper and cardboard depict the most pivotal moments from the womb to the grave.


As two grooms attempt to marry one masked and pregnant bride, two small and angelic children look on offering no explanation to confused spectators. Everything is surreal and undoubtedly absurd. 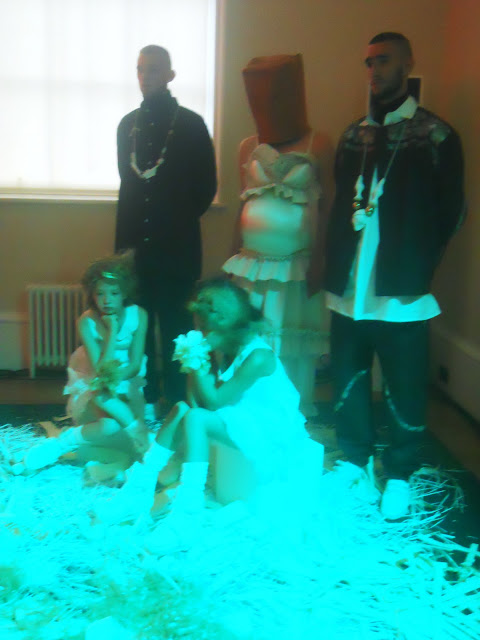 Moving on, cast in a red hue, four men sit amongst the rubble playing a childish game of connect four. It almost seems as if this is the bridge from the duo of birth and marriage before an ultimate death, a snapshot of the mundane. 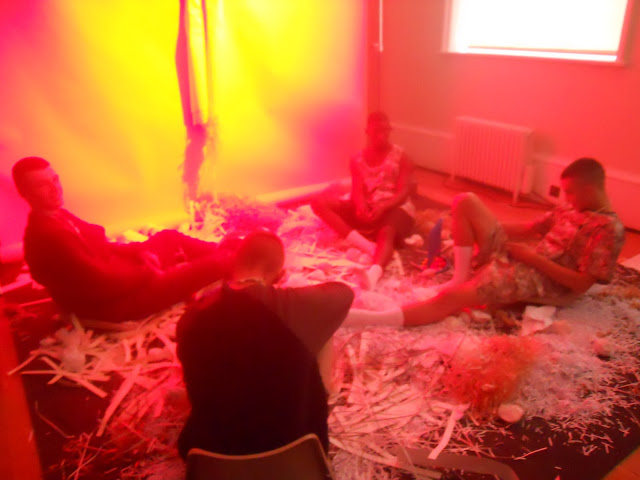 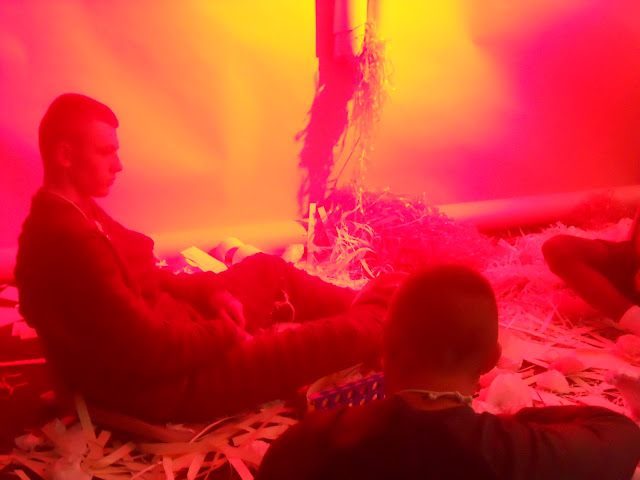 In the final corner, a double suicide leaves two men in a single open coffin basking beneath the blue light, adding to the cold rigor mortis of the scene.

It may have been truly bizarre but it was an unquestionably thought proving installation that really drew upon the location and atmosphere of what took place right in the very place we were standing all those years ago. 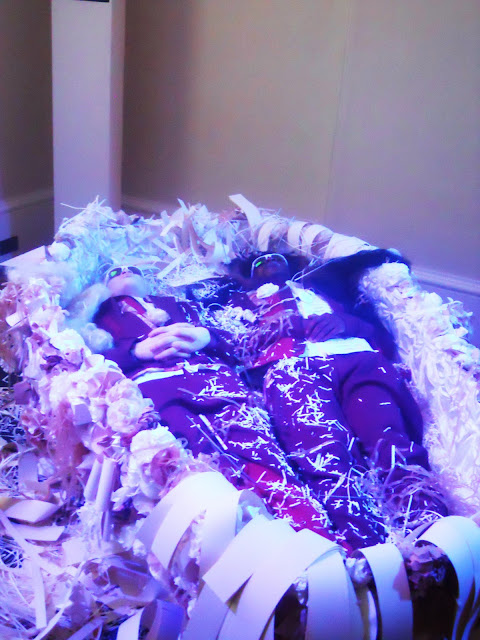