Disclaimer: All images are my own and are to be creditted if used

Having worked under such designers as Carolina Herrera, Cristina Sabaiduc comes into her own with her cutting edge SS12 debut at The Hospital Club, Covent Garden.

As the rain started to come down and my laptop bag started pulling hard on my tired shoulder,  I have to admit that I had my doubts as to whether the show, by this point running 25 minutes late, was really going to be worth it. However, after the initial success of Sabaiduc’s graduation show which resulted in her being awarded the Lancome Scholarship of Excellence in Women’s Luxury Design, I’ve heard that her conceptual designs have gone from strength to strength and her presentations are often rather impressive.
Arriving into a packed out room, the spectators were consciously arranged on a central black square allowing for an all round viewing experience. With curious individual pieces decoratively draped on the blank, white wall, the watercolour lilac and stone floral print as previously seen on our beautiful and simplistic invitations made an appearance suggesting a stronger usage throughout the collection. 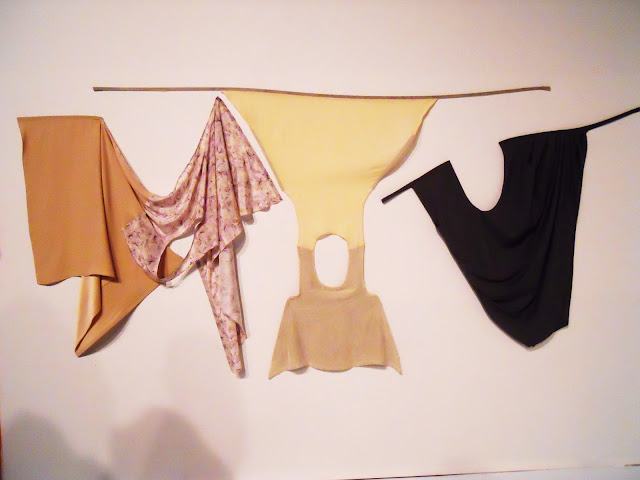 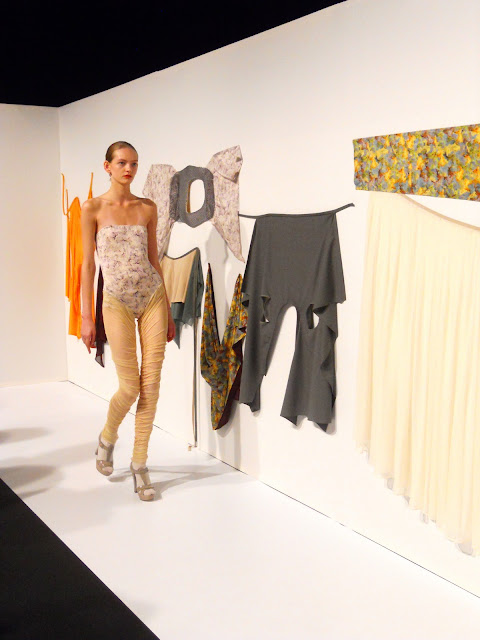 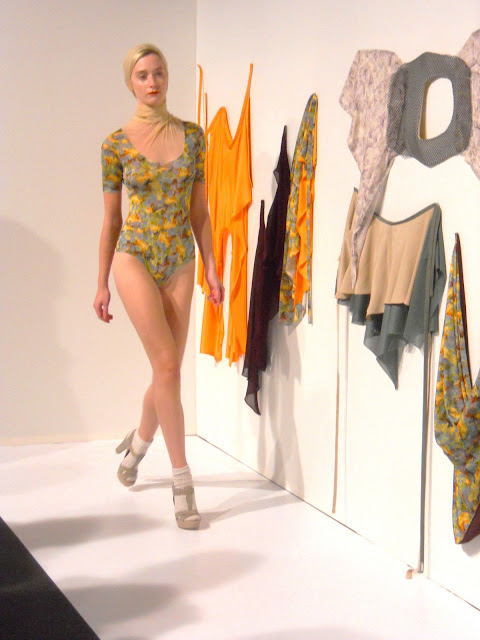 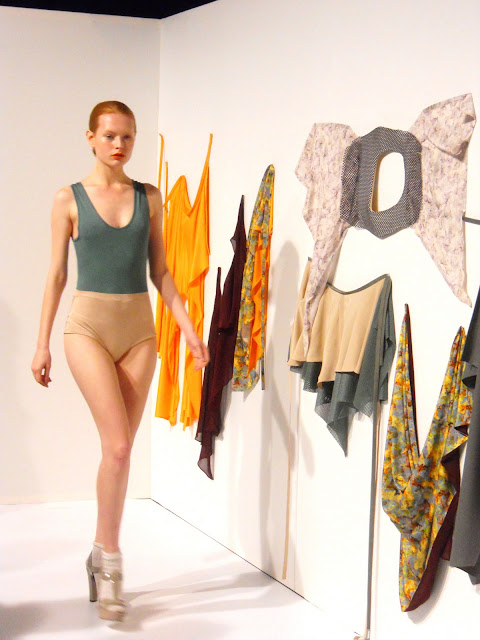 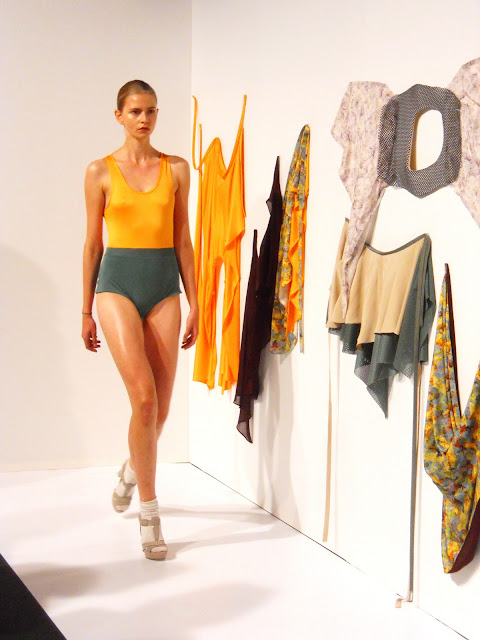 As the lights dimmed and remerged, the models, all sporting centre-parted up dos and black stained patches on their intensely rouge lips, Cristina Sabaiduc’s SS12 collection was all about the sophisticated , pleated drapes in honey and wheat with sashes of forest green and vibrant orange.  Featuring garish floral strapless bodices, flowing chiffon maxis and the controversial socks and sandals combo, the range has a very English Spring feel.  After one lap each, the hanging garments previously dismissed as merely decorative, found their role and two dressers took items and reworked them in a live dressing.  A simple but intelligent move, the live dressing worked the crowd into an excited frenzy and the dressers brought the collection to life to produce various styles and endless possibilities. In all honestly , this was unlike any presentation I’d seen yet and well worth the rain induced hair frizz I was now sporting. Genuinely, genuinely, genuinely loved every part of it - and what a cracking FROW position I managed. 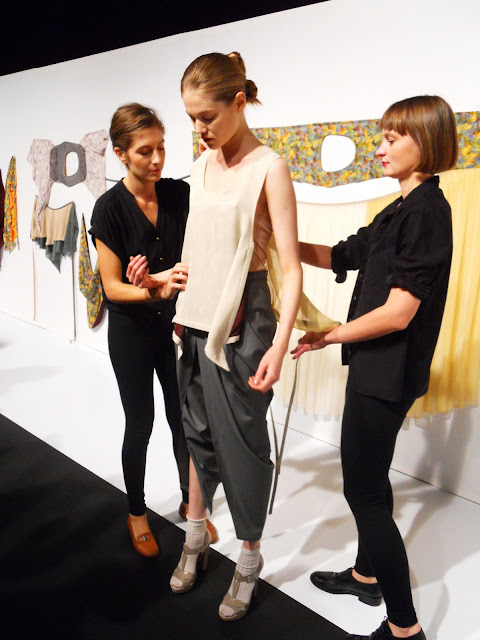 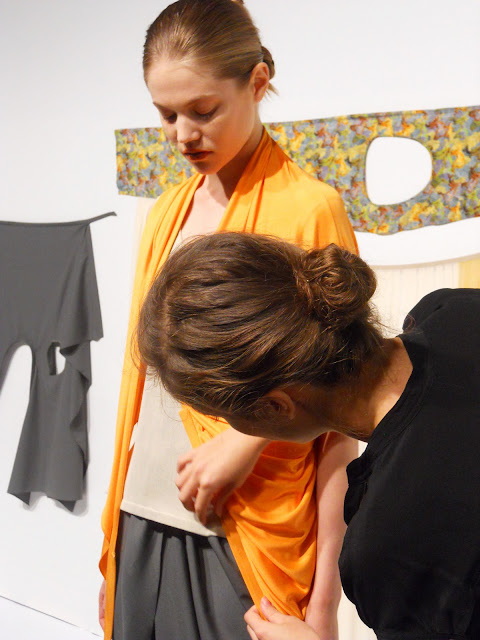 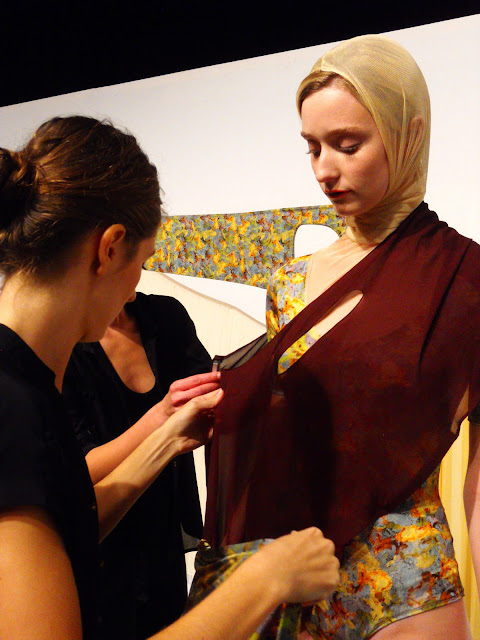 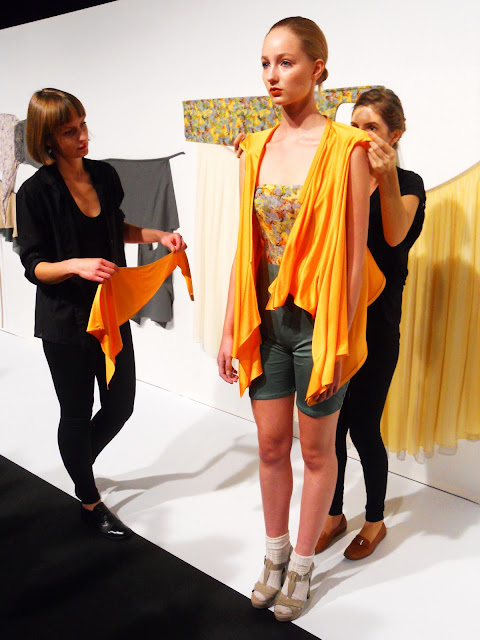 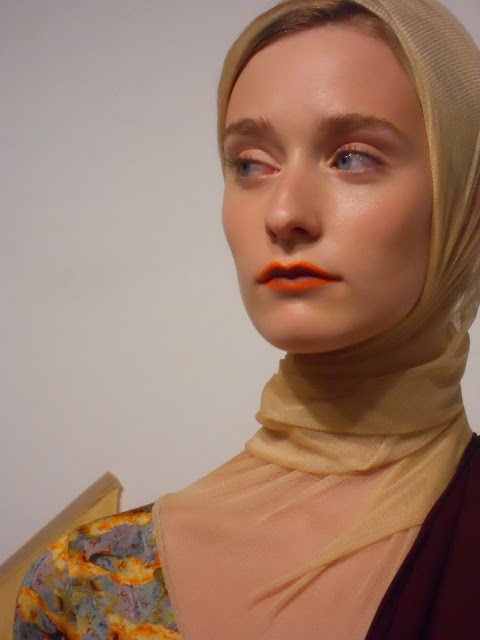 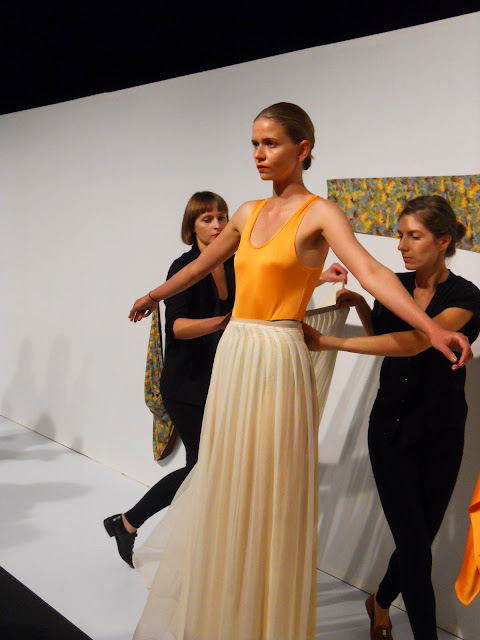 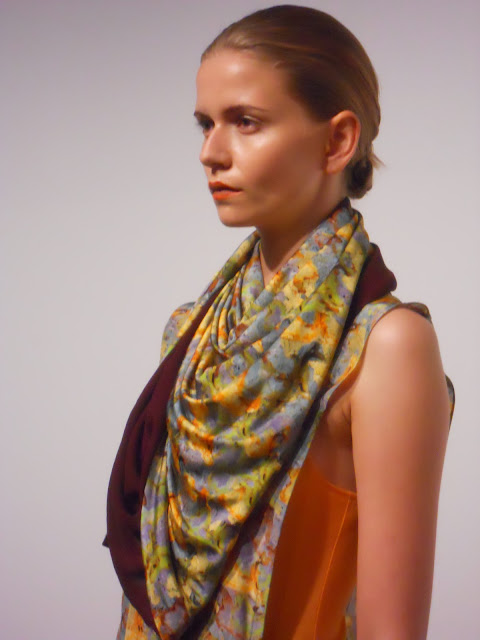 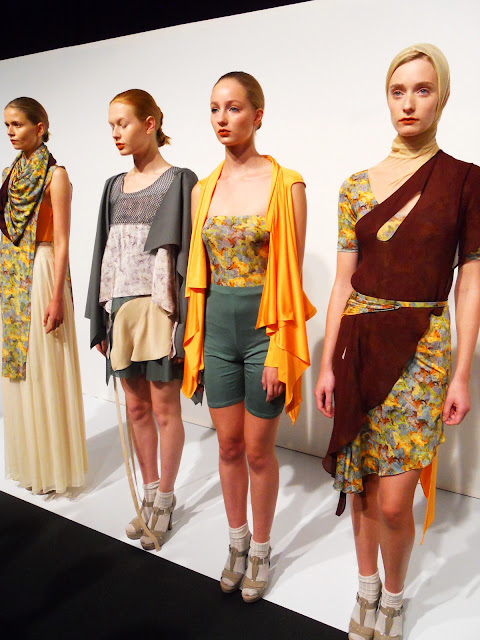